The second Moshi Monsters book that I’ve illustrated for Penguin is out today, so here are a few little samples. You can buy the book here! 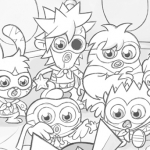 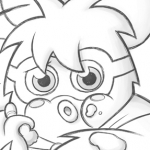 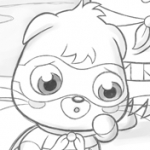 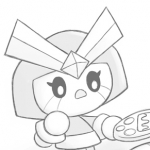 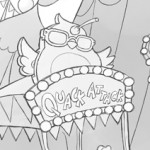 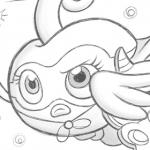 We have been rather quiet recently, Abby’s been busy working on these Moshi Monster books for Penguin. It’s been a fantastic job so far, they’re lovely little characters to draw! Here’s a little preview at some of the artwork for you. The first book was released yesterday and you can get it here. 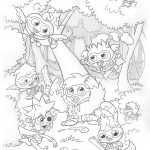 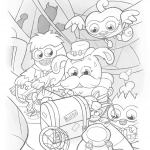 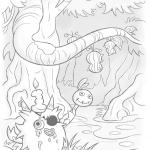 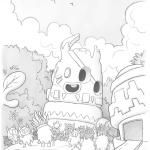 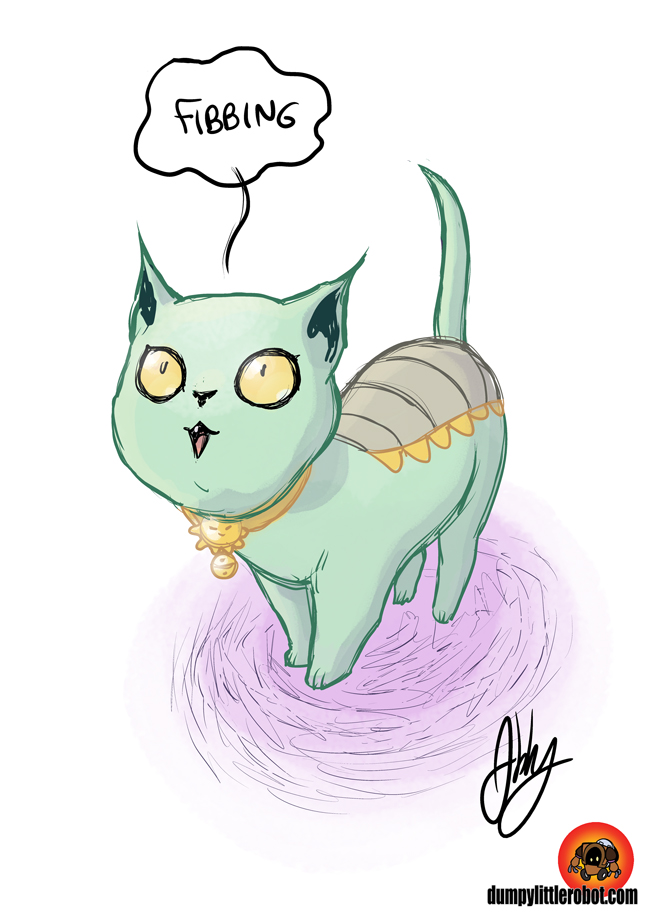 I just finished the roughs for a new book and have been doing a bit of doodling. At some point I need to do a proper bit of Saga fanart.. 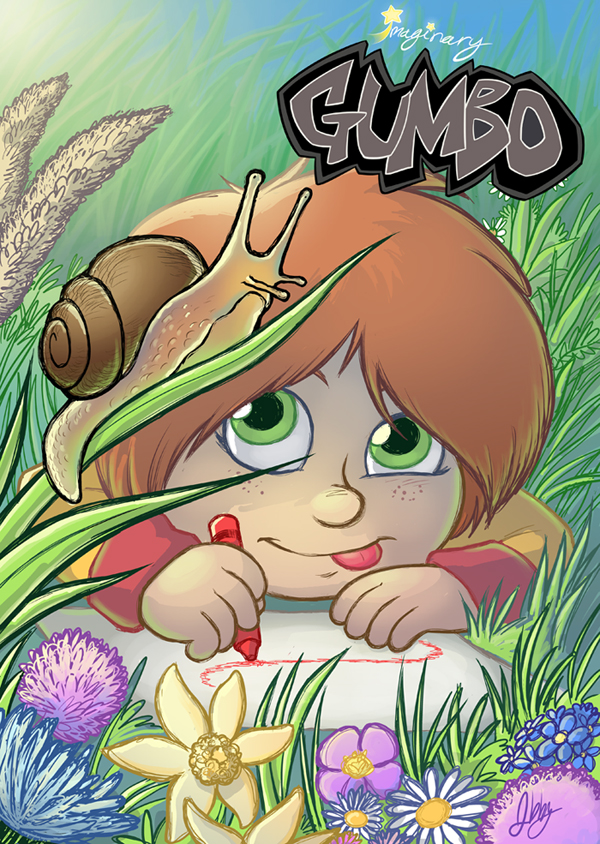 We were thrilled the other day with this lovely review from the Forbidden Planet International blog of our two Gumbo minicomics. It kicked me back in gear a bit with the next mini, which I’ve now started the colours on. It is a lot longer than the last two so I don’t know yet if it’ll quite be ready for the Cardiff Expo at the start of March, but that’s what I’m aiming for. Eeeep!

But for now, here’s a little peek at page one: 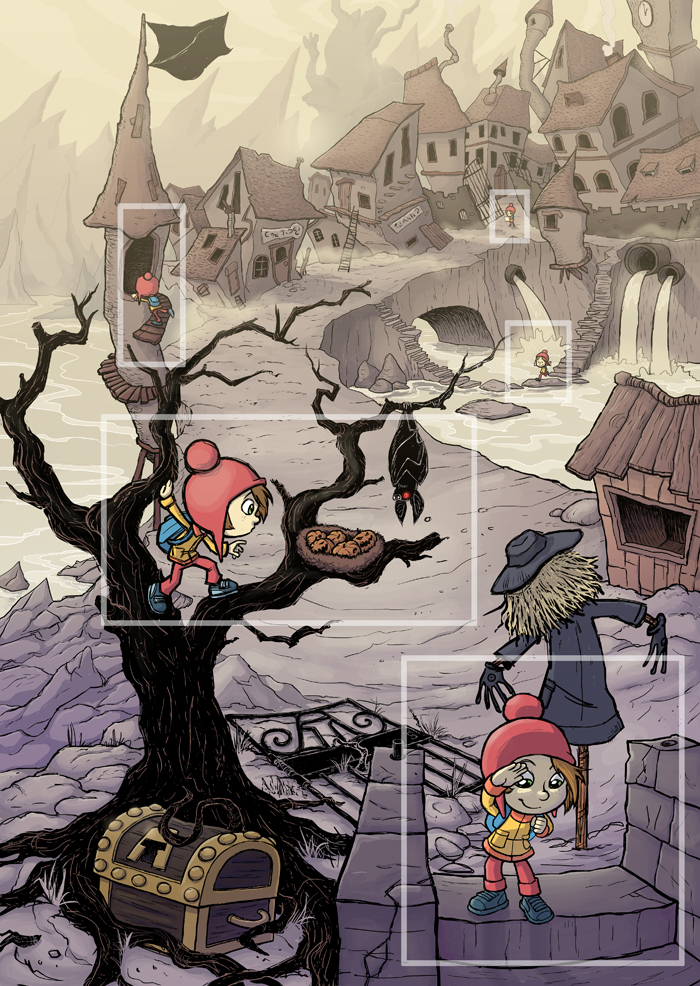 Some recent sketches and a new Lil Rollers pic!

Harriet Barber is from the lovely webcomic Widdershins, do have a look! 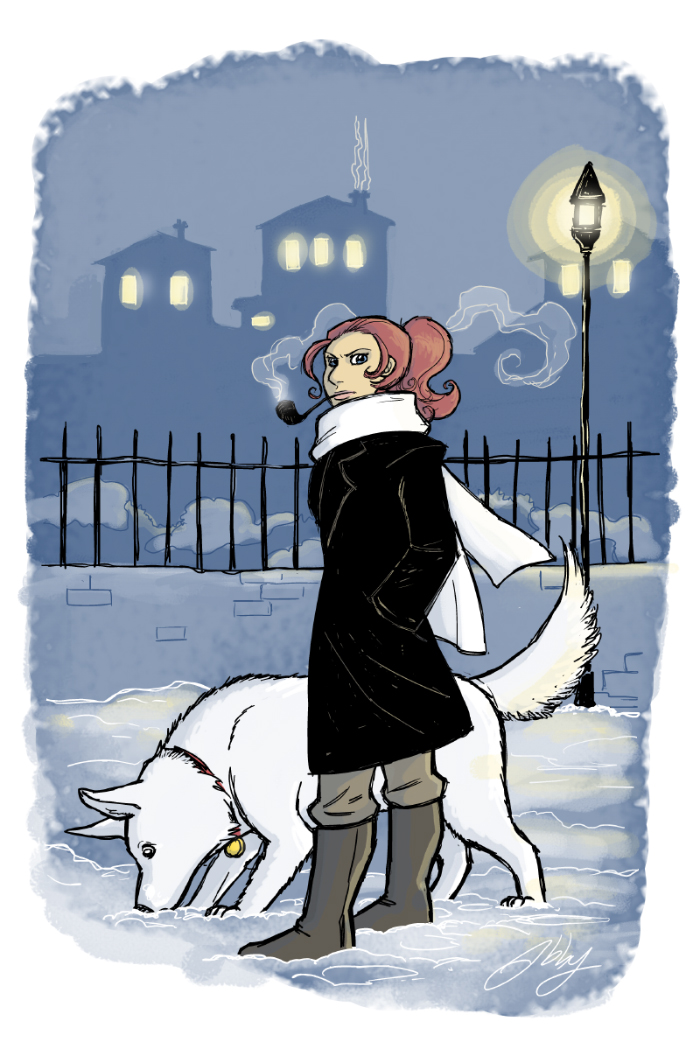 Rincewind and The Luggage… 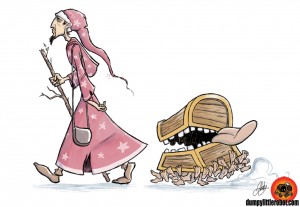 And Hippy enjoying some downtime after all some adorably hardcore skating. 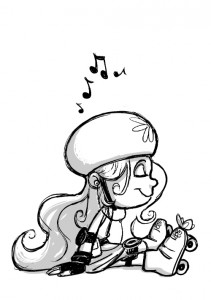 Well, we launched our new comic at the  Thought Bubble comic con, and it went extremely well. We completely ran out of our copies of the comics, even though we thought we’d taken far too many! The new stock is in though, so now you can read it yourself, and decide whether all those people who bought out the entire stock on launch weekend were sensible people, or silly people.

You’ll find it in our shiny new store section up there in the tabs, or RIGHT HERE, if you prefer, and we hope you like it! I don’t want to show off, but Neill Cameron from the Phoenix, which is probably the best kids’ comic in the UK,  said they’re “Funny, sweet, gorgeous comics.” He said it in public and everything!

If you need further coersion, here’s what it’s about:

8-year-old Charlie has become lord and master of the mighty warrior-knight Gumbo, and with him comes a vast fantasy kingdom for her to explore. Even though she’s pretty sure he isn’t completely real, Charlie drags Gumbo along with her from one adventure to the next. And they fight monsters.

Here’s a video of me talking about it, with lots of pictures taken from the comic:

And here are a couple of pictures of it, to whet your appetite: 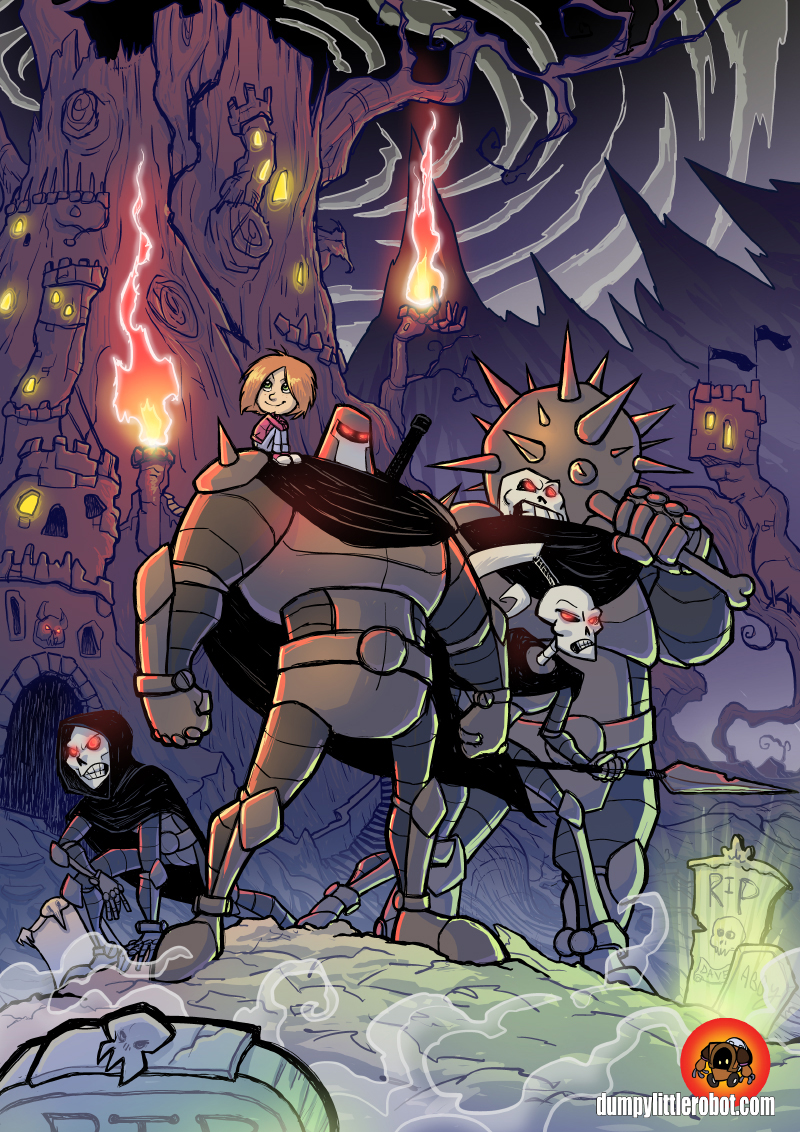 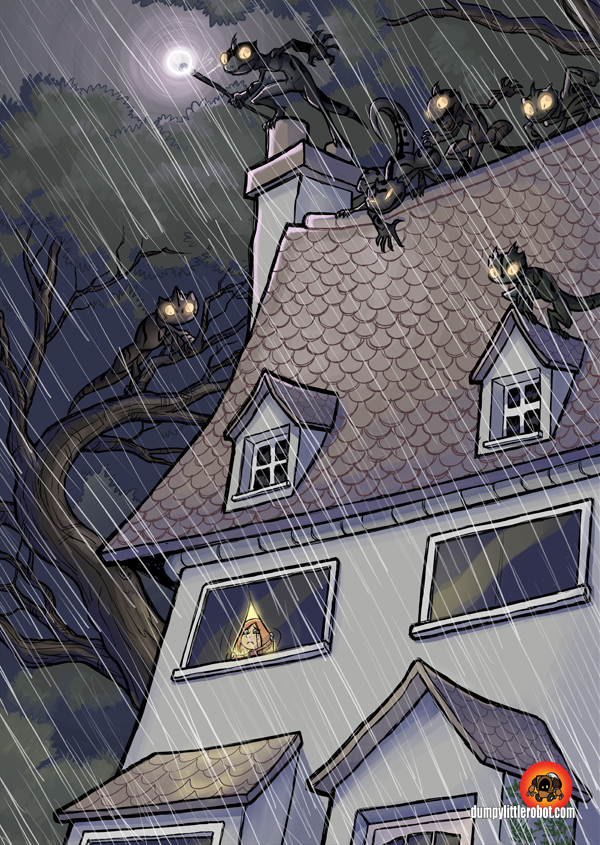 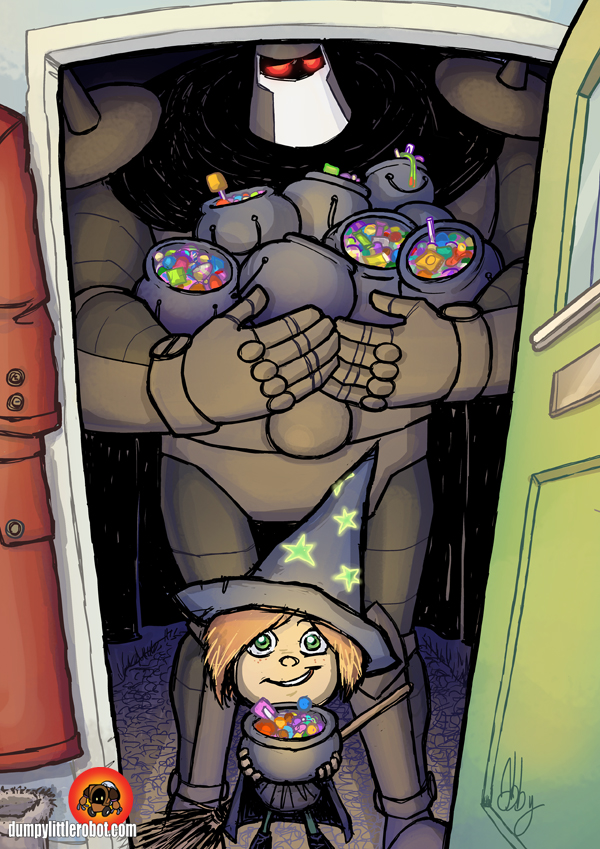 It’s nearly Halloween! Time for rubbish horror movies and costumes and too many sweets!

A change of theme today. Dave has been busy working on this musical collaboration with Brentalfloss about Super Mario Land.


And Dave made a making of video too:

Do check out more songs on their Youtube channels! Art-wise we’re still getting things ready for Thought Bubble in November, we’re aiming to have a lot of nice prints and badges alongside the two Imaginary Gumbo minis we’ll have for sale. 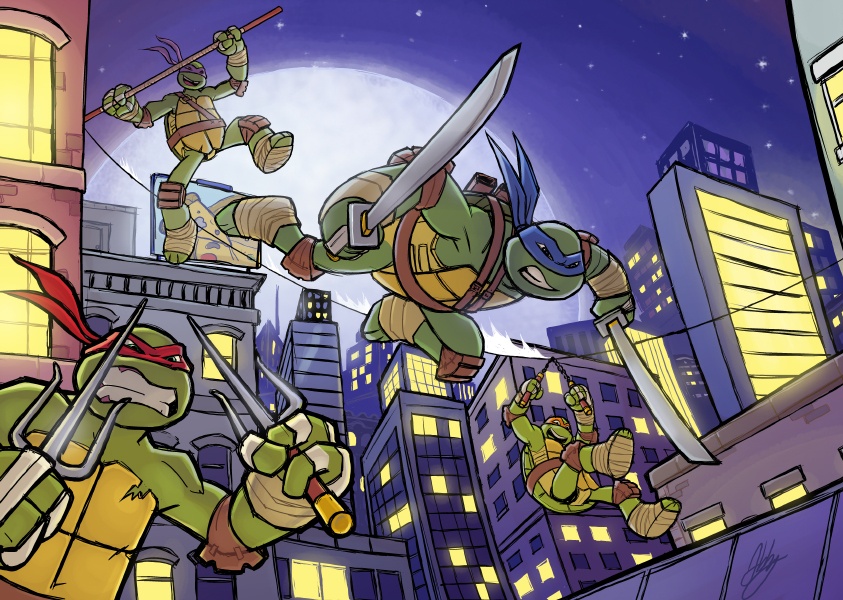 The new show looks very cute so I can’t wait to check it out, it’s been highly recommended by my little nephew!