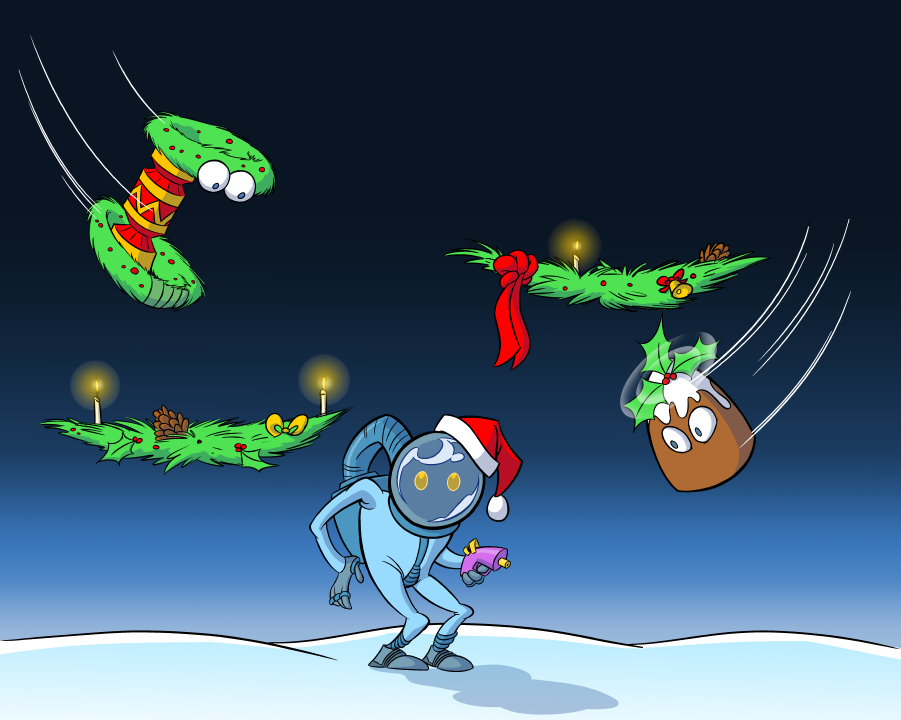 That, everybody, is Zub. Look at him, he looks so surprised and put-out all the time. He’s the star of “Zub,” one of the first computer games Dave ever owned, made by the brothers Pickford. They have a really extensive gallery of behind the scenes stuff from the making of the game over at their Zub Archive, so anyone who remembers this little gem of a game should go and peruse it. The Pickford Brothers have all sorts of interesting things to say about who Zub was and who he should have been (he should have been “Zob,” for one), but we like him just the way he is, so that’s how we’ve tried to represent him here.

And, because we’ve been displaying these images elsewhere, here come the original pencils to give the post a sort of behind the scenesey sort of feel. 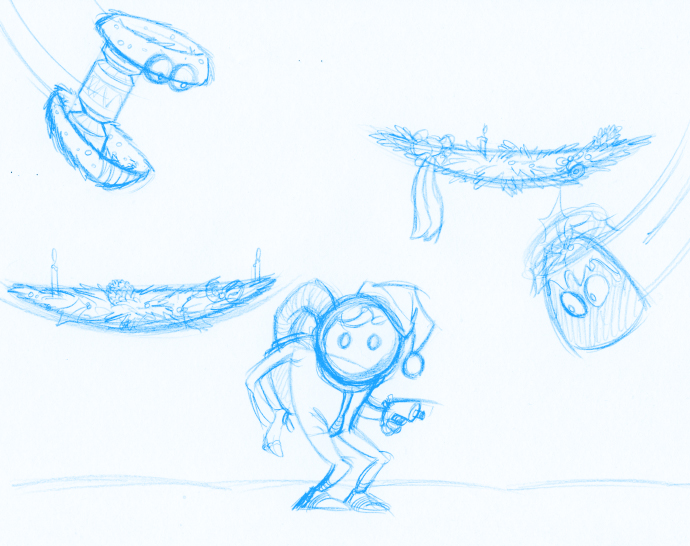